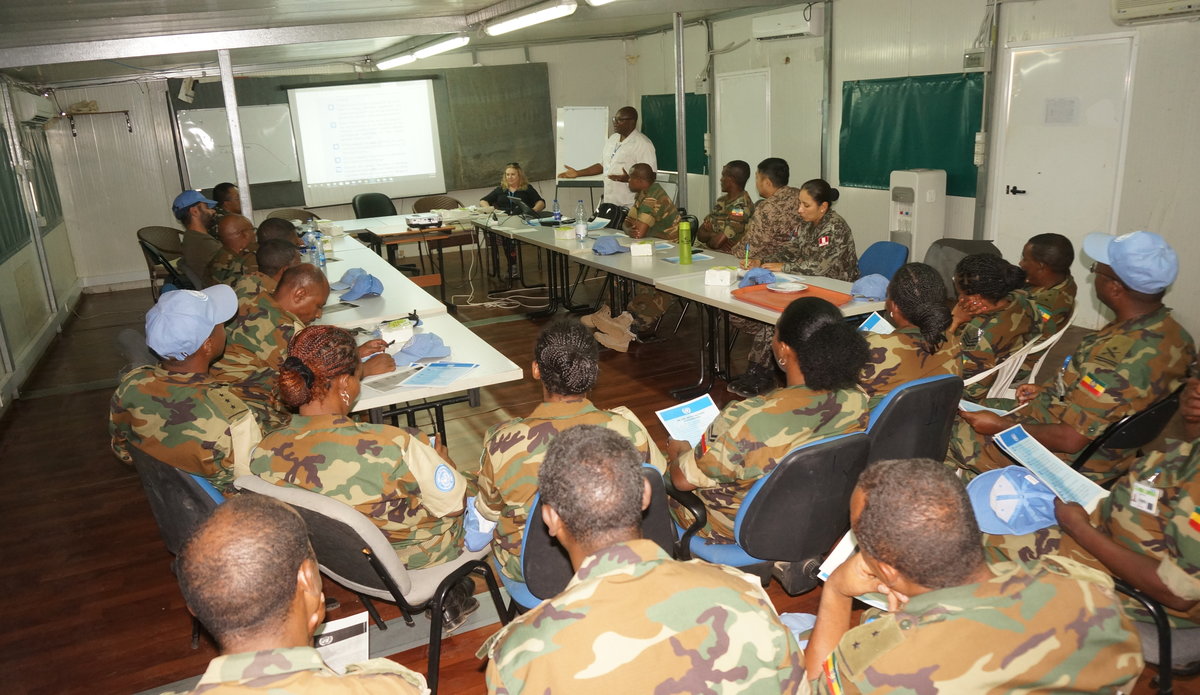 In the United Nations Interim Security Force for Abyei (UNISFA), the Conduct and Discipline Team (CDT) continues to implement the three-pronged strategy to address misconduct through prevention, enforcement of the UN Standards of Conduct, and remedial action. CDT endeavors to implement a preventive strategy through outreach and public information campaigns, as well as intensified Conduct and Discipline trainings for newly arrived staff to include incoming soldiers from the Troop Contributing Countries and UN Police from Police Contributing Countries (PCC).

The CDT trainings include sessions on prohibited conduct as it relates to SEA. The revised strategy includes intensified outreach and awareness campaigns in order to fully implement the three-pronged strategy on Sexual Exploitation and Abuse (SEA), and assist the Mission to maintain levels of Conduct and Discipline within UNISFA.

Along with Gender and Community Liaison Officers, such campaigns enhance the SEA public information strategy and educate the local population on the preventive activities UNISFA conducts within the ambits of the SEA accountability framework.

Conduct and Discipline is no longer a  new concept in UN peacekeeping missions, established in response to growing allegations of misconduct and the need for preventive measures to address cases of misconduct, Conduct and Discipline Teams are derived from the recommendations of the Special Committee on Peacekeeping Operations. In June 2005 these recommendations were endorsed by the General Assembly Resolution 59/300, which in turn led to the setup, in November 2005, of a CDT in DPKO New York, and in eight field Missions. As a standard procedure, all Missions are encouraged to  have a Conduct and Discipline Team. In a nutshell, CDT UNISFA is mandated with an advisory role to the Head of Mission and to oversee all preventive and remedial measures in relation to conduct and discipline, including Sexual Exploitation and Abuse, and the Zero Tolerance Policy.

All UNISFA staff are obliged to create and maintain an environment that prevents sexual exploitation and abuse. Managers and commanders at all levels have a particular responsibility to support and develop systems, that maintain a disciplined environment by ensuring compliance with UNSIFA’s Code of Conduct. UNISFA personnel are obliged to report any concerns regarding misconduct and especially Sexual Exploitation and Abuse by fellow workers through the established reporting mechanisms.

The conduct and behavior of UNISFA personnel is governed by various documents depending on whether you are a UN staff member (national or international), a United Nations Volunteer (UNV), Military, Military Observers (MILOBS), United Nations Police (UNPOL) or Contracted Personnel (IC).  Whilst the contractual status is different for the various categories of staff,  all guiding documents iterate the same the standards of conduct expected from all personnel. All United Nations civilian and military personnel must uphold the highest standards of professional and personal conduct. At all times, UNISFA staff and UN contractual workers must treat the local population with respect and dignity. UNISFA mandate further includes the protection of civilians, in particular vulnerable groups including women and children.

All United Nations civilian and military staff must uphold the highest standards of professionalism and personal conduct.

All UNISFA personnel and contractual workers must treat the local population with respect and dignity.

Remember at all times the United Nations core values which are:

Note that the responsibilities of an international civil servant are inter alia, as follow:

The following online courses are mandatory and should be taken by all UNISFA staff members.

Certificates generated after the course should be filed in the Official Status Files of staff members with the Human Resource Section.