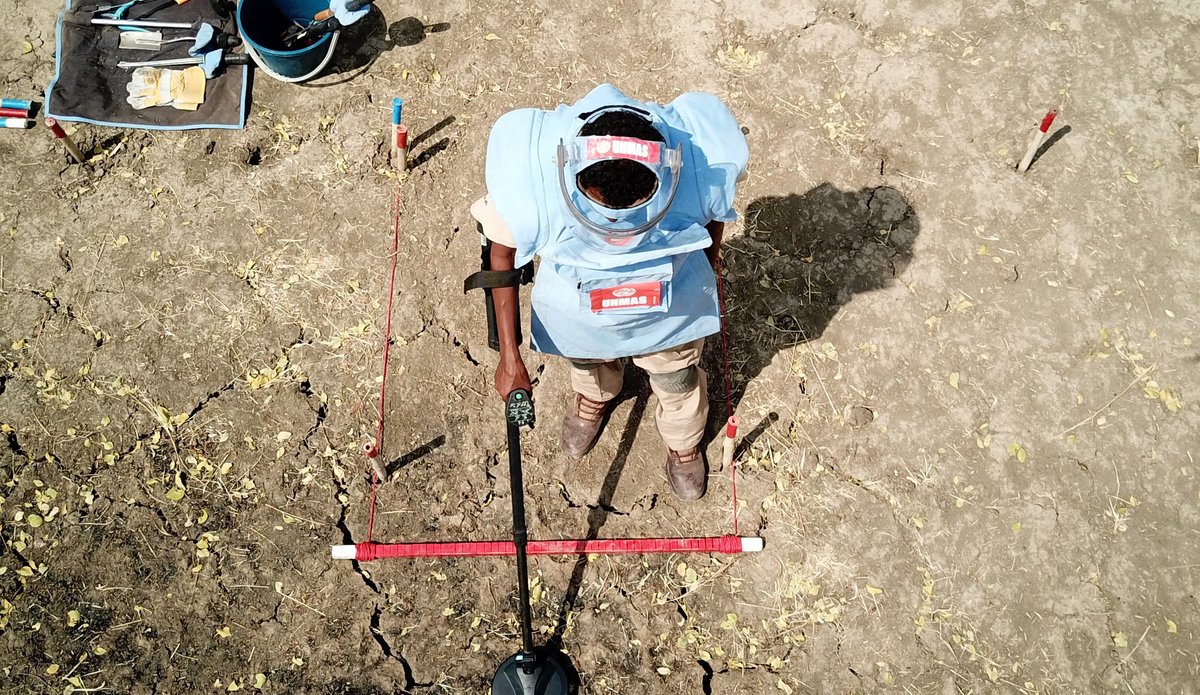 Mine action makes it possible for peacekeepers to carry out patrols, for humanitarian agencies to deliver assistance and for ordinary citizens to live without the fear that a single misstep could cost them their lives.

Mine action entails more than removing landmines from the ground.  It includes high impact efforts aimed at protecting people from danger, helping victims become self-sufficient and active members of their communities and providing opportunities for stability and sustainable development.

The objective of mine action is to identify and reduce the impact and risk of landmines and explosive hazards to a level where people are safe.

Established in 1997, the United Nations Mine Action Service (UNMAS) leads, coordinates and implements United Nations efforts to eliminate landmines and explosive hazards and to mitigate their impact on people's lives.

UNMAS role in UNISFA originates from UN Security Council Resolution 1990, which established the mission and recognized the need for demining assistance. A mine incident in August 2011, which killed four UNISFA peacekeepers and injured seven others, further affirmed the criticality of mine action as an essential mission enabler in the area of operations.

Furthermore, UNMAS supports UNISFA in weapons and ammunition management (WAM), to mitigate the threat to peace and security in Abyei arising from the illicit transfer, destabilizing accumulation and misuse of small arms and light weapons.

UNMAS mandate in UNISFA is clearly stated in the various Security Council resolutions on UNISFA, including the most recent, UN S/RES 2416 (2018).

The resolution continues to demand “…that the Government of Sudan and the Government of South Sudan continue to facilitate the deployment of the United Nations Mine Action Service (UNMAS) to ensure freedom of movement, as well as the identification and clearance of mines in the Abyei Area and the Safe Demilitarized Border Zone (SDBZ).” UNMAS delivers mine risk education to UNISFA personnel, enhancing their knowledge on what to do should they encounter items of ERW while conducting operations. Similar messages are delivered to communities within the Abyei Area.

UNMAS Patrol Support teams deploy together with JBVMM teams to allow Joint Border Verification and Monitoring Mechanism ground patrols to move freely and protected against any explosive hazards that are encountered in the Safe Demilitarized Border Zone.

UN Security Council Resolution 2205 (2015) affirmed UNISFA mandate to confiscate and destroy weapons. UNMAS manages disposal of weapons and ammunition confiscated by UNISFA troops, working closely with stakeholders such as UNPOL, ETHBATT and national monitors from Sudan and South Sudan. UNMAS also trains UNISFA troops in the use of the equipment, to meet international standards in weapons and ammunition destruction.