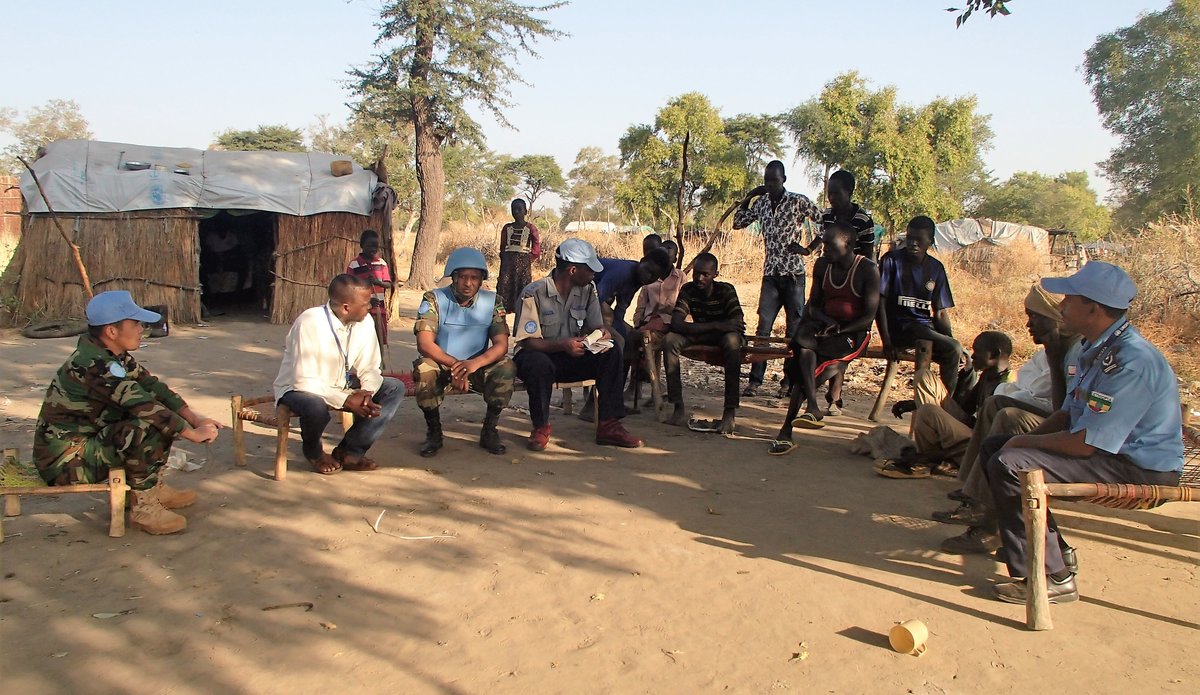 UN police in UNISFA is mandated by Security Council resolution number 1990 (2011) to:

However, as a result of the delay in the establishment of the Abyei Police Service Community Protection Committees (CPCs) were established and with Security Council Resolution 2205 (2015), the Security Council requested UNISFA within its existing capabilities and resources and in close coordination with the Misseriya and Ngok Dinka communities to:

The Senior Police Adviser in UNISFA is Deputy Commissioner General Mary Gahonzire from Rwanda.  In 1987 after attaining a university degree, she joined the police. Through hard work and dedication to serving the people in different portfolios she served as the Director of Criminal Investigations Department(D/CID), The Deputy Inspector General of Police in charge of Police Operations (DIGP Opns) and the Inspector General of Police(IGP). Prior to her appointment as SPA on 14/9/2017, she was serving as the Commissioner in Charge of Community Policing and a member of the Police Council at the Police Headquarters.

The UNPOL component also has the Reform and Restructuring Coordinator who is responsible for the coordination of the establishment of the Abyei Police Service.

The Security Council, by its resolution 1990 (2011) authorised UNISFA to have a police component comprising a maximum of fifty [50] personnel. As of 14 January 2018, there was a staff compliment of thirty-nine [39] individual police officers twelve [12] of which are female. The officers are from Ethiopia, Ghana, Jordan, Namibia, Rwanda, Tanzania and Zimbabwe (as of 14 January 2018).

Currently, UNPOL is operating from five [05] team sites evenly distributed within Abyei with a minimum of four [04] UNPOL officers each.